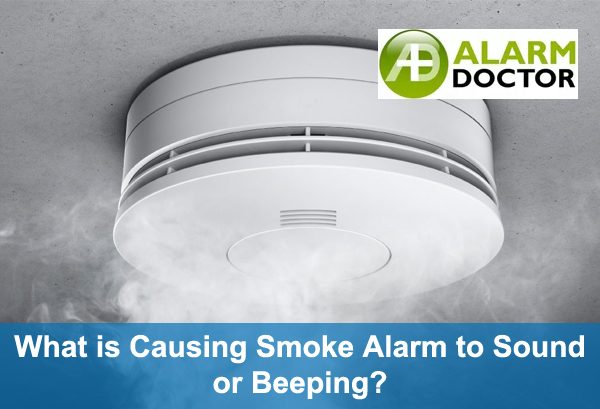 Smoke alarms can be considered one of the best gadgets invented when it comes to the security system. They are as useful as the other gadgets in your security system like a security camera, alarms, etc. Smoke Alarm systems basically detect smoke or combustible materials and go into the siren mode, to stop this siren the air needs to be cleared first.

Sometimes smoke alarms detect minor smoke which isn’t dangerous but that’s fine as it gives you an idea that your alarm system is sensitive and is working fine.

Apart from this case sometimes the alarm system starts to make sound, beeping or even chirp without any smoke that is basically fake alarm. So, let’s take a look at what should you do in case your smoke alarm in giving you false alarm sound.

First, let’s go through the reasons why your smoke alarm is giving you false beeps.

If all the above-mentioned things are taken care of you would most probably never get a false smoke alarm beeping. And in case you are still getting the alarm you can simply contact Alarm Doctor for help.